Biographies of Directors and Senior Management

Mr Dew is Chairman of the Nomination Committee.

Mr Brett Robert Smith, aged 61, was appointed Executive Director of the Company on 7 February 2014. Mr Smith is the Chief Executive Officer of the Company. He is also a director of certain subsidiaries of the Company. Mr Smith graduated from Melbourne University, Australia with a Bachelor’s Degree in Chemical Engineering with Honours. He has also obtained a Master’s Degree in Business Administration from Henley Management College, the United Kingdom and a Master’s Degree in Research Methodology from Macquarie University, Australia. Mr Smith has participated in the development of a number of mining and mineral processing projects including coal, iron ore, base and precious metals. He has also managed engineering and construction companies in Australia and internationally. Mr Smith has served on the board of private mining and exploration companies and has over 35 years international experience in the engineering, construction and mineral processing businesses. Mr Smith is currently an executive director and deputy chairman of Hong Kong listed company APAC Resources Limited (Stock Code: 1104), a substantial shareholder of the Company, an executive director of ASX listed company Metals X Limited (ASX: MLX), an interim executive director of ASX listed company Prodigy Gold NL (formerly known as ABM Resources NL) (ASX: PRX) (redesignated from non-executive director with effect from 13 December 2021) and a non-executive director of ASX listed companies Tanami Gold NL (ASX: TAM) and Elementos Limited (ASX: ELT). He is also a non-executive director of Nico Resources Limited (ASX: NC1), a company listed on ASX on 19 January 2022.

Ms Lam Lai, aged 43, was appointed Non-Executive Director of the Company on 18 July 2019. Ms Lam graduated from the University of Western Sydney in 2001 with a Bachelor Degree of Business majoring in marketing. She is currently an executive director and authorised representative of Hong Kong listed company Ernest Borel Holdings Limited (“EBH”) (Stock Code: 1856). EBH is a subsidiary of Hong Kong listed company Citychamp Watch & Jewellery Group Limited (“Citychamp”) (Stock Code: 256). Ms Lam joined Citychamp in 2008 as an investment manager and has been redesignated as CEO assistant, mainly responsible for merger and acquisition as well as business development. Since April 2021, Ms Lam has been redesignated as the vice president of Citychamp. She is also a director of various subsidiaries of Citychamp, including Bendura Bank AG.

Mr Carlisle Caldow Procter, aged 81, was appointed Independent Non-Executive Director of the Company on 19 May 2015. Mr Procter graduated from the University of Sydney with a Bachelor’s Degree and a Master’s Degree in Economics. He is a fellow of the Financial Services Institute of Australasia (FFin.). Based in Australia, Mr Procter worked in the Reserve Bank of Australia for over 30 years, holding various senior management positions. Since leaving the Reserve Bank, he has worked as a consultant to the International Monetary Fund and the Asian Development Bank and has also undertaken private consulting work in South East Asia and the Pacific. Mr Procter has been a non-executive director of a number of public companies, both in Australia and overseas. He is currently an independent non-executive director of ASX listed company Tanami Gold NL (ASX: TAM).

Mr Pak Wai Keung Martin, aged 58, was appointed Independent Non-Executive Director of the Company on 24 May 2018 with effect from 5 November 2018 (the listing date of the Company on the Stock Exchange). Mr Pak graduated with a Bachelor of Commerce from the Murdoch University, Australia and a Master of Corporate Governance from The Hong Kong Polytechnic University. Mr Pak has been a fellow of The Hong Kong Institute of Certified Public Accountants and CPA Australia. Mr Pak has also been an associate member of The Corporate Governance Institute in the United Kingdom and an associate member of the Hong Kong Chartered Governance Institute (formerly known as The Hong Kong Institute of Chartered Secretaries). Mr Pak has over 25 years of experience in accounting and financial management and has previously worked at several international audit firms and other private companies from 1987 to 2000. Thereafter, Mr Pak has served as chief financial officer and Company Secretary of a number of listed companies in Hong Kong since 2001.

Mr Poon Yan Wai, aged 51, was appointed Independent Non-Executive Director of the Company on 24 May 2018 with effect from 5 November 2018 (the listing date of the Company on the Stock Exchange). Mr Poon holds a Bachelor’s Degree in Accountancy and a Master’s Degree in Corporate Finance from the Hong Kong Polytechnic University. He is a fellow member of The Hong Kong Institute of Certified Public Accountants. Mr Poon has over 20 years of experience in the auditing and accounting field and is the Financial Controller, Company Secretary and an authorised representative of a Hong Kong listed company. Mr Poon is an independent non-executive director of Hong Kong listed company Emperor Capital Group Limited (Stock Code: 717).

Mr Poon is Chairman of the Audit and Risk Management Committee and a member of the Remuneration Committee.

Mr Daniel Broughton, aged 46, was appointed Chief Financial Officer of the Company on 8 September 2014 and is responsible for ensuring the Company’s compliance with corporate and statutory obligations and financial reporting. Mr Broughton has over 15 years’ experience with financial operations of listed mining companies. Mr Broughton is also the Chief Financial Officer of ASX listed companies Tanami Gold NL (ASX: TAM) and Metals X Limited (ASX: MLX). Mr Broughton graduated with a Bachelor of Commerce from Murdoch University, Australia in September 2005 and obtained a Graduate Diploma of Chartered Accounting from The Institute of Chartered Accountants, Australia in July 2010.

Mr Neale Edwards, aged 57, joined the Company in 1996 after 30 years’ experience in the mineral exploration and mining industry. Mr Edwards holds a Bachelor of Applied Science in Applied Geology and Bachelor of Science with Honours and is a Fellow of the Australian Institute of Geoscientists. Mr Edwards experience covers projects ranging from grassroots level through to mine development and mining in major geological provinces in Australia, the Pacific Rim, northern Africa and northern Europe. Mr Edwards was responsible for the discovery of significant gold resources in the Southern Cross Province of Western Australia for Samantha Gold and the identification of project opportunities that resulted in Dragon Mining becoming an established gold producer in the Nordic Region.

Mr Petteri Tanner, aged 44, joined the Company on 1 September 2009. Mr Tanner graduated with a Master of Science in Mining Engineering from Helsinki University of Technology in 2006. Prior to his current role, Mr Tanner has worked as a Mine Manager at the Company’s Jokisivu and Orivesi mines.

Mr Joshua Stewart, aged 41, joined the Company in 2004. He has over 20 years’ experience in the mining industry and holds a Bachelor of Mining Engineering from the University of Queensland, Australia and is a member of the Australasian Institute of Mining and Metallurgy. Mr Stewart joined the Company during the construction and commissioning of the Svartliden Gold Mine. During his time with the Company, Mr Stewart has held various technical and management roles with the Group, ranging from mine planning to Chief Operating Officer. Mr Stewart’s current role is leadership of the test-mining and full-scale mining permit application processes for the Fäboliden Gold Project. Mr Stewart has a broad range of experience from operation disciplines including safety, environmental performance, mining, mineral processing, near mine exploration, human resources and administration.

Mr Heikki Miettunen, aged 44, joined the Company in 2015 and is the Process Plant Manager at Svartliden, Sweden. Mr Miettunen graduated with a diploma as Master of Science in Process Engineering from the University of Oulu, 60 credits mineral processing from the Aalto University, and has held positions in Mineral Process Plants for Belvedere Mining Oy (Hitura mine), Endomines Oy (Pampalo mine) and Dragon Mining Oy.

Mr Jakko Larkomaa, aged 51, joined the Company in 2015 and is the Mill Manager at the Vammala Production Centre, Finland. Mr Larkomaa graduated with a Master of Science Diploma in Process Engineering from the University of Oulu in 1999. Later he studied at Aalto University gaining 60 credits in mineral processing. Prior to his current role, Mr Larkomaa worked in the processing plant at the Northern Resources, Pajala iron ore mine in Sweden.

Mr Hai-Young Lu, aged 34 was appointed as the joint Company Secretary (for Australian regulations) on 16 December 2021. Mr Lu graduated from Bond University with a Bachelor of Commerce (Accounting & Finance Majors) and Bachelor of Laws (Specialised in Commercial Law), and a Graduate Diploma in Legal Practice in 2010. Mr Lu is a member of the Law Society of New South Wales and is admitted to practice in the Supreme Court of New South Wales. He has been the Company Secretary and Legal Counsel of Tian An Australia Limited (Tian An) a company listed on the Australian Stock Exchange (ASX:TIA) since 2013, and assisted the CEO of Tian An, in the management of the affairs of Tian An, including but not limited to, coordinating various acquisitions, equity fund raising and loan financing activities and liaising with major shareholders. Mr Lu also oversees the company secretarial and corporate governance matters of Tian An and provides and procures legal advice to Tian An. In 2019, Mr Lu was appointed as the Chief Operating Officer of Tian An responsible for the day-today operations of the company. Mr Lu was previously employed by various law firms advising clients on mergers and acquisitions, corporate restructuring, compliance and corporate governance matters including the ASX Listing Rules and Australian Corporations Act 2001.

Registered Office, Headquarters and Principal Place of Business in Australia

P. C. Woo & Co. (as to Hong Kong law)
Addisons (as to Australian law)
Merkurius Attorneys (as to Finnish Law)
Foyen Advokatfirma (as to Swedish law)

The Board and management are committed to corporate governance, and to the extent they are applicable to the Company.

The following information is set out in this website in accordance with the Corporate Governance Code contained in Appendix 14 of the Rules Governing the Listing of Securities on The Stock Exchange of Hong Kong Limited and the Australian Corporations Act 2001. 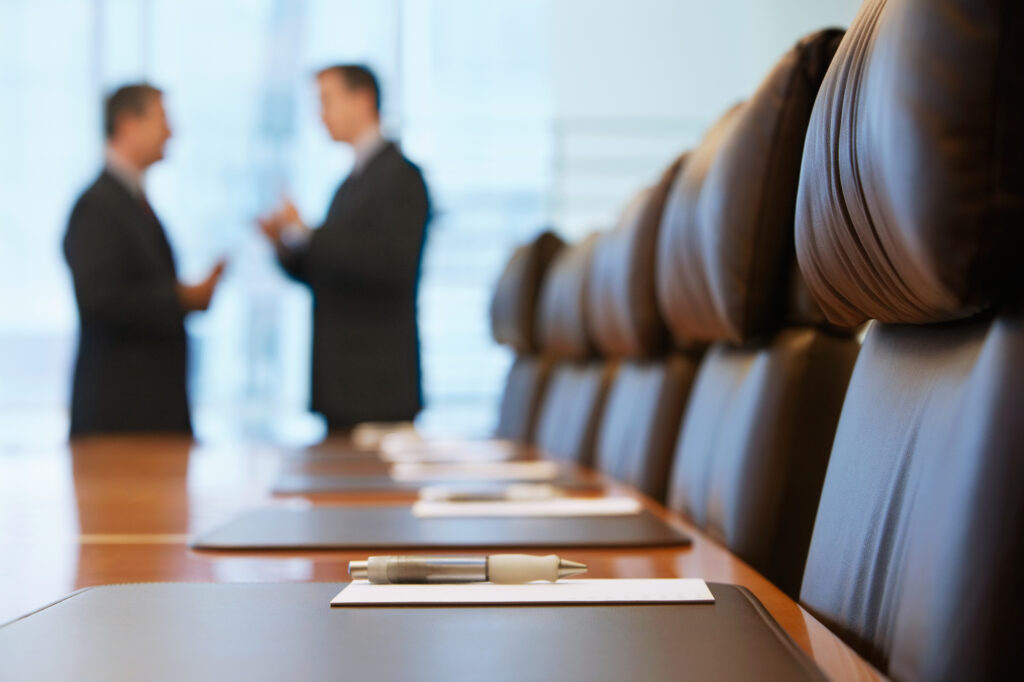